Safe in the car? 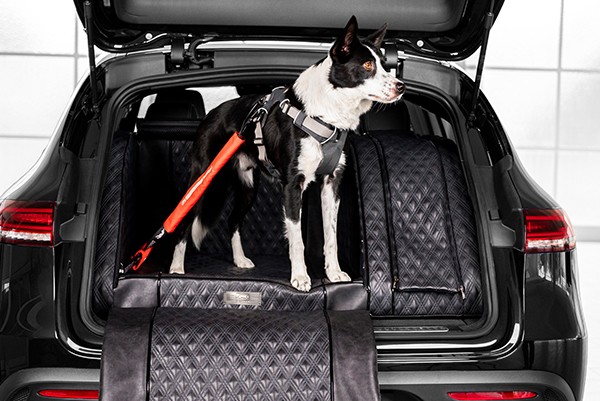 "Hop!" The four-legged friend is already in the car and ready to go. But stop, there was something else. That's right, the dog must also be secured. Even if it's only a short distance. There are many ways to secure your dog, in all price ranges. Straps, beds, seats, cages, rigid boxes with bars and DOGSTYLER®.

How meaningful are test seals?

Test seals provide safety. They are supposed to convey to the consumer that the object of purchase has been tested by an independent commission and found to be safe. However, there is a dangerous gap in the argumentation, because in order to be able to assess something as safe, all the bases of calculation must be available. If this is not the case, the test procedure can still be carried out, but the result is incomplete. This is the case with dog transport systems. Of course, even the smallest safety device is better than none. However, a look at the crash tests shows that the focus of the tests is not on keeping the dog healthy. This is not even possible, because there are no dog dummies that allow the necessary findings. No wonder, the costs for a real dummy, whose "lifetime" is also limited, are very high.

What can I do to ensure that my dog rides safely?

A lot is already done if the dog rides along as safely as possible. That is why we have developed the DOGSTYLER®. With it, we want to eliminate the highest risk factor in the car, hitting a hard wall, which either stops the dog hard or bursts under the dog's impact, triggering the next disaster. The dog is thrown through the car. A DOGSTYLER® is connected by straps to the back seat or the luggage eyes in the boot of the car. It is this strap into which the dog's seat belt is also latched. Sloping back seats are comfortable for humans. For dogs, the compensating bridge ensures that the dog seat is straight on the back seat.

Why the seat belt? The seat belt prevents the dog from being thrown out of the DOGSTYLER® in extreme situations (rollover). But it also prevents - and this is a danger that is dangerously underestimated - that the dog can leave the DOGSTYLER® of its own accord after an accident and run away. Such consequences occur when the dog is in a state of shock. What is hardly imaginable in everyday life is realised in extreme situations. Even sovereign dogs behave incalculably in such moments. Escape through a shattered window or the door opened by first responders is then an event that occurs far too often.

We at DOGSTYLER® want this to stop. That's why we develop our dog transport systems with the greatest possible care and with the well-being of people and animals in mind.